When desperate mother Yarraka Bayles posted a heartbreaking video on Facebook of her distressed and bullied son Quaden, the video went viral with 25 million views. A GoFundMe campaign was launched by American comedian Brad Williams, who was born with the same form of dwarfism as Quaden. However when the funding goal of $10,000 was blitzed and $700,000 raised it brought it own complictations of trolls and abusive social media posts.

Recently, with the help of Sefiani, 9-year old Quaden’s full, true story was covered on ABC’s Australian Story to get the facts on the public record. And nine months of concerted social media management by the team at K&L Gates has “triumphed over the trolls”.

Eric Boone took on the challenge through K&L Gates Pro Bono Program. Legal issues around abusive social media posts about Quaden, attempting to vilify the family, were a clear breach of the terms and conditions of the social media platforms that housed them. Eric pulled together a team, including intellectual property law expert Savannah Hardingham to respond.

Hear how we did it and how the learnings can be applied to individuals and organisations, in a panel discussion featuring CEO and Reputation Counsel Robyn Sefiani along with K&L Gates Special Counsel Eric Boone and Partner Savannah Hardingham.

You can view the full webinar here. 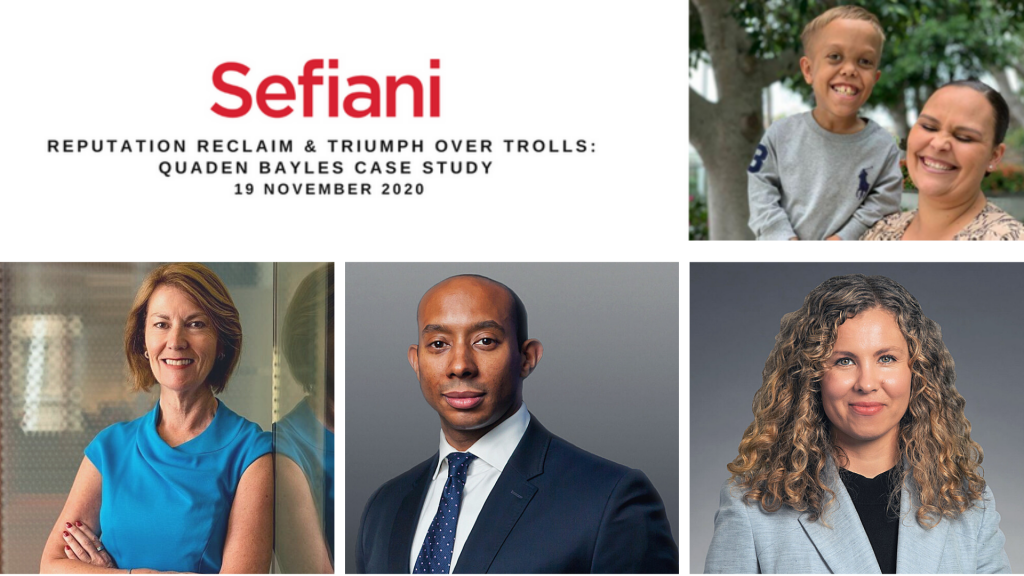