Posted at 13:24h in Media Release, News by Sefiani

Australia’s largest beverage companies have marked a major milestone by announcing a 7 per cent reduction in sugar in the first progress report on the beverage industry’s flagship initiative.

The signatories to the pledge, Asahi Lifestyle Beverages, Coca-Cola Amatil, Coca-Cola Australia and PepsiCo Australia, have contributed to the reduction in sugar across their portfolios, and more drinks companies are expected to join in the future.

In June 2018, with the support of the Minister for Health, the Hon Greg Hunt MP, Australia’s non-alcoholic beverage industry committed to reduce sugar across the industry by 20 per cent by 2025.

KPMG has provided the first report on the industry’s progress towards the sugar reduction goal and today this has been shared with the Australian Government.

Mr Geoff Parker, Chief Executive Officer, Australian Beverages Council, said, “Today’s report is a further sign that the industry is serious about reducing sugar in beverages while continuing to offer greater choice of low-sugar drinks and many without any sugar at all.”

“The industry is achieving its intended sugar reduction targets and is already more than one third of the way towards reducing sugar by 20 per cent by 2025, but there’s still a lot of work ahead of us,” he said.

The Australian Government supports the non-alcoholic beverage industry’s progress towards a 20 per cent reduction in sugar by 2025 with Minister Hunt congratulating the industry on its progress in an announcement at Parliament House today.

“The partnership between the industry and the Morrison Government is a clear sign that collaborative solutions are available to tackle the complex issue of obesity by encouraging healthy diets.”

The Australian Beverages Council will continue to consult widely with a range of health, industry, supplier and government stakeholders to increase understanding of the commitment.

Today’s report, demonstrates the industry’s long-term commitment to reduce sugar by 20 per cent by 2025, complements a national obesity strategy, encourages all Australians to live healthier lives and reflects our contribution to combat obesity. 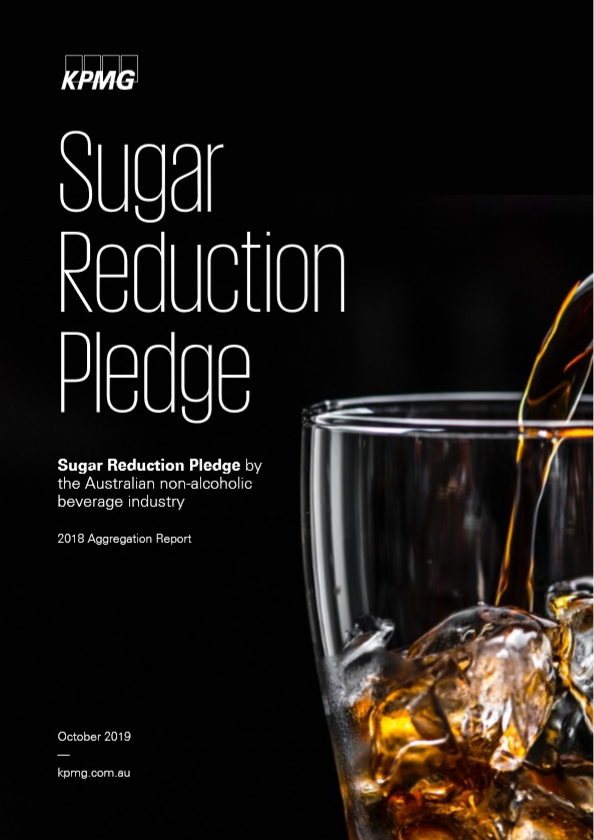