02 Sep How and when to say you’re sorry…

Posted at 13:03h in INSIGHTS EDM, News by Sefiani

There are times in a crisis situation when an organisation or an individual needs to apologise and if it comes to that, how you say sorry can mean everything.

In some situations, you can adopt a defence posture and let the media caravan move onto something else. But sometimes the story becomes so big that that is not a viable approach. A pressure valve, a public showing of humility, is needed, and an apology can provide it.

Last month we saw celebrity chef George Calombaris do something similar after Fair Work concluded its investigation into his business practices and, specifically, the underpayment of employees. Calombaris already had a high media profile and given the seriousness of his situation, it was inevitable the story would take on a life of its own.

He took the step of submitting himself to an exclusive interview on ABC’s 7.30. He knew it would be tough, that he would have to face some searching questions. There’s always a risk that he would go to pieces in the interview and compound the damage, but on balance if he admits errors and is honest, the public would give him credit for fronting up.

What the interview did was puncture some of the bubble that had been created around the wrongdoing; it was the national humbling that the media and public wanted to see before they could move on. It was effective and tightly managed, with 7.30 host Leigh Sales coming onto Calomaris’s turf rather than the mea culpa being issued in an ABC studio: the interview created a splash for 24 hours, but since then the issue has quiet.

With that done Colambaris is able to retreat from the spotlight and – one hopes – address the real issues that caused the reputational damage in the first place. To any further questions he can reasonably say: “I have nothing further to add”.

He would be advised now to keep a low media profile, restructure or rebuild his business interests, and re-emerge when they are on a sounder footing, preferably with some new successes behind him.

A national public apology is not necessary in every crisis situation but occasionally it is exactly the right way to go and striking the right tone is everything.

A counterpoint is Australian cricketer David Warner, whose press conference after the ball-tampering scandal did the opposite – he repeatedly dodged invitations to apologise for his part in the scandal, leaving the public unsatisfied. The English cricket crowds during the current Ashes Test series have been vocally unforgiving every time Warner walks on to the field to bat and this might not have been the case had he issued a sincere apology at the time of the cheating incident.

Rebuilding a reputation is hard – it takes time, hard work and good dash of humility. Saying sorry at the right time and meaning it, can get you off to a good start.

The George Calombaris image was originally posted to Flickr by Eva Rinaldi Celebrity and Live Music Photographer at https://flickr.com/photos/58820009@N05/26907450025. It was reviewed on 10 May 2016 by FlickreviewR and was confirmed to be licensed under the terms of the cc-by-sa-2.0. 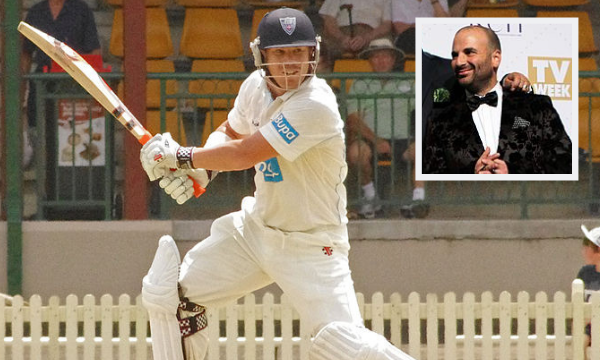