Posted at 10:51h in Media Release, News by Sefiani

Sefiani recently assisted our client Rest to alert Australians to the billions of dollars wasted in unused subscriptions, multiple superannuation accounts and wasted apps in a bid to focus attention on the draining effect unnecessary costs are having on personal finances and savings.

The media release is below.

Research commissioned by Rest, one of Australia’s largest profit-to-member superannuation funds with nearly two million members, today quantified the level of disengagement Australians show towards their finances – affecting both current savings and superannuation.

The research, which examined avoidable costs hitting the hip pocket, discovered Aussies were pouring $3.9 billion down the drain on paid apps, services and memberships they weren’t using.

When you combine this with the estimated $2.6 billion spent on excess fees and insurance on multiple superannuation accounts*, Australians are losing $6.5 billion on avoidable costs and fees.

“Many Australians are feeling overwhelmed by their current and future finances, and unfortunately this can have a negative impact on their financial health. One-in-five Aussies have never checked their bank or credit card statements, and a fifth have never checked their superannuation account. Yet checking these statements was found to be the most common way of discovering fees they weren’t aware of,” said Rest Chief Executive Officer, Vicki Doyle.

“We know that people are time poor and have to juggle an enormous number of commitments. Our research shows that four-in-five Australians avoid taking action on their finances because they’re too busy, it takes too long, or they don’t know where to start. In fact, 64 per cent said they knowingly pay avoidable fees, such as the fees on multiple superannuation accounts.

“While unused subscription fees may feel reasonably harmless, taking this approach to your super can have a serious impact when you retire. Australians with multiple super accounts are paying excess administration fees, insurance premiums and contributions tax, and these charges are whittling away one of the biggest assets they’ll accumulate in their lifetime.

“Duplicate fees are an unnecessary drain on retirement savings, and can be easily avoided by consolidating your super accounts,” added Ms Doyle.

“The good news is that it has never been easier to consolidate multiple super accounts. For example, Rest members can visit our website or jump on the Rest App, and we can track down any lost super and consolidate it into your Rest account,” said Ms Doyle.

Additional insights found in the report include:

“It’s imperative to act now. Since 1 July, people with superannuation accounts that have been inactive for 16 months or more will have their insurance switched off as part of the Federal Government’s Protecting Your Superannuation legislation,” said Ms Doyle.

“So if you think you have multiple super funds, you need to check your accounts and consolidate them into the one account that best suits your needs.

“It’s important ­– and easy – to check, because an inactive account could have really valuable insurance that could protect you and your family in a time of need.” 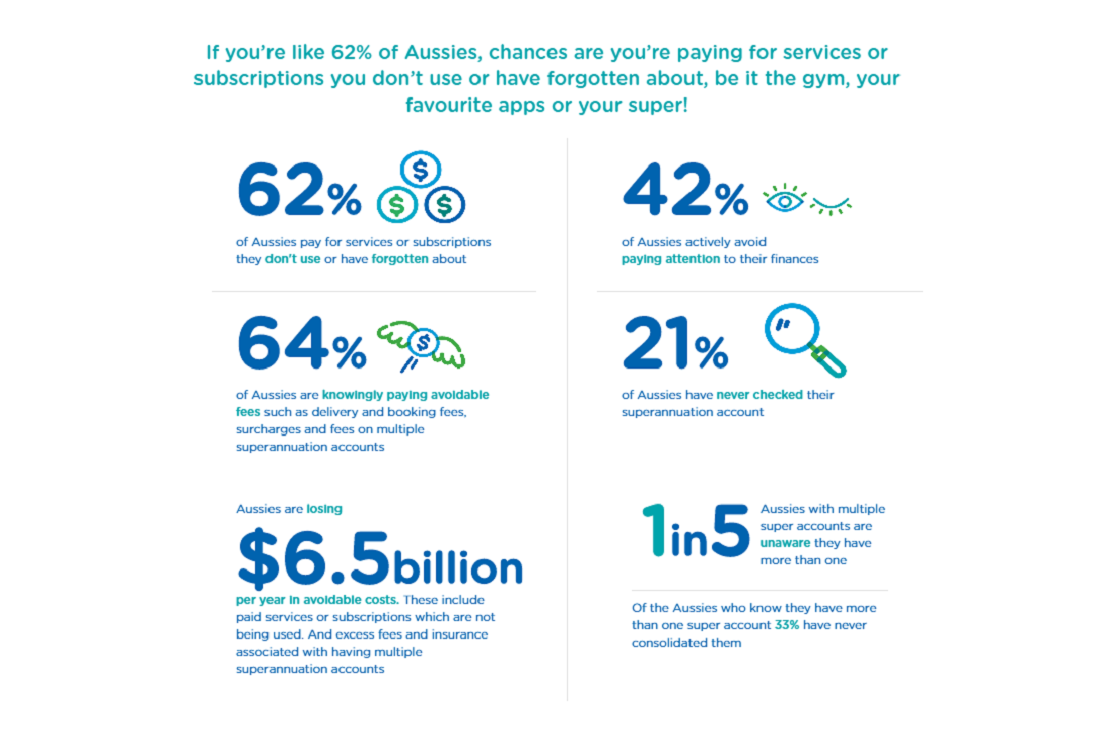