“Open the door,” Mitch said, beaming at the collected Sefiani team, “Your job is to be a door-opener to ideas of all stripes and colours.”

Mitch was, at this moment, particularly well-placed to discuss big ideas of all stripes and colours. He was speaking to us from his art-packed office in New York, framed by bright paintings all around him; a fierce-looking woman in scarlet gazed into the distance over his left shoulder, while blue clouds drifted away to his right.

The Sefiani team was listening to Mitch from our sunny Sydney offices, having gathered for a Sefiani Academy session to hear some of his valuable advice on coming up with big, ground-breaking ideas. Most of the team knew Mitch by reputation; his background with Ogilvy, Edelman and Ketchum finally led him to create IdeaCraft, a brand positioning and idea development consultancy. We were, needless to say, listening intently.

“Change is the new norm,” Mitch went on, “There is no destination any more, and it really is all about the journey. Brands are in constant motion.”

His point wasn’t lost on his Sefiani audience. As our clients are often all too aware, brands are keeping pace in increasingly fast-moving and complex business environments, fighting to cut through to customers already overloaded with information and media saturation. Selling the benefits of your product is no longer enough; brands have to continually align themselves with a higher purpose to remain relevant to progressively demanding and savvy audiences.

The only solution, as Mitch pointed out, is to come up with a big idea. This can’t be confused with “a slogan, or a theme”, he said; those are shortcuts, lacking in substance. A big idea harnesses the power of action, and drives what people are actually doing, rather than what they’re saying. It goes beyond the functionality of a brand’s service or product, instead appealing to what people truly want.

To demonstrate his point, Mitch played a short film clip produced by British Airways. I’d recommend that anyone who has a spare five minutes at hand watch it; however, in this piece for one of the world’s best-known airlines, don’t expect to see any aircraft. Not a single wingtip in sight. Instead, it taps into a universal truth: travel has never just been about the transport. And you should visit your mum.

Without even showing a plane, British Airways had communicated a message that was authentic, relevant to their brand, and had real substance. This, Mitch pointed out, is the big idea our clients are looking for: an idea and message that outstrips the function of a brand’s product, but resonates deeply with the brand’s core purpose.

“You have to be courageous,” he added, “You can’t water something down so much that it appeals to everyone everywhere. Or it’ll be nothing.”

On that note, we concluded our conversation with a parting thought from a leader as fierce and far-seeing as the woman in red still gazing over Mitch’s left shoulder – Diana Vreeland, fashion and publishing icon and the long-running editor of Vogue.

“Don’t give people what they want. Give them what they don’t know they want yet.”

It was a day of excellent advice. Be flexible; be imaginative; open the door to big, bold ideas; go beyond your product to the purpose that underpins the reason for its existence and drives demand for it; give people what they don’t know they want yet. And visit your mum. 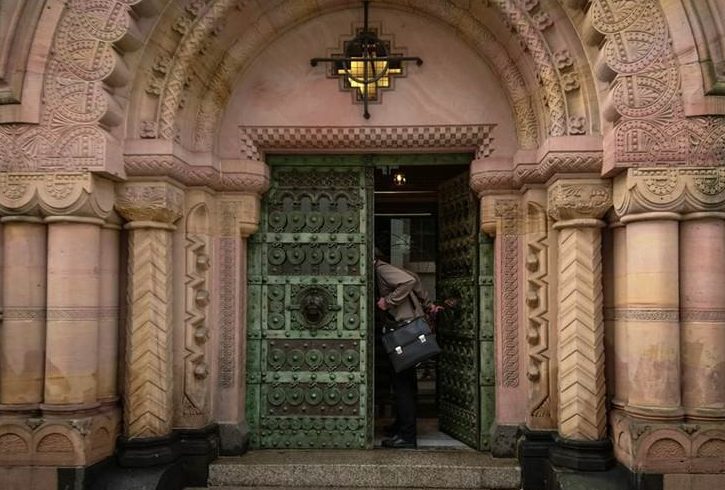