Sinorbis, the emerging Australian digital leader helping companies tap into China’s burgeoning online consumer population marked its launch this week, with the release of a whitepaper and an launch event in Sydney, which was well attended by media, investors and stakeholders of Sinorbis.

The whitepaper – Stoking the Dragon: Unlocking China’s New Generation of Digital Consumers – examines China’s unique online ecosystem, its new generation of consumers, and the cultural and economic differences that have made it historically difficult for Australian and international businesses to operate effectively in China’s online environment.

According to the whitepaper, the opportunity for Australian businesses is staggering, with China’s private consumption rising dramatically – through rapid urbanisation, increasing affluence and the rise of e-commerce – and forecast to grow by another 50% to reach A$8.6 trillion by 2020.

“Chinese consumers are increasingly looking internationally for premium goods and services and Australia is high on their radar, demonstrated by strong year-on-year increases in search volumes for Australian products,” said Nicolas Chu, CEO and co-founder of Sinorbis.

“This is a pivotal time for international businesses to position themselves to meet growing demand from China’s new generation of upper-middle class consumers. Many businesses baulk at doing business in China, but with the right knowledge and local expertise it can be as easy as doing business in Australia,” he said.

According to Mr Chu, these results demonstrate the strength of Australia’s brand in China, and highlight opportunities for Australian businesses to grow, particularly in education and tourism.

“Online searches for premium Australian health supplements, increased by 232 per cent in 2015. This was led by strong increases in search for Blackmores (+316%) and Bioglan (+179%),” continued Mr Chu.

“Our data also highlights an upward trend in demand for Australian higher education offerings, with year-on-year increases of 33 per cent in search volume for Australian tertiary courses. Research also shows Chinese students are being driven to Australia by the enriched experience on offer and the high ranking of Australia’s education institutions globally.“

“Australian businesses that are not addressing this Chinese demand are missing out on a once-in-a-century opportunity. Even the simple step of optimising their website for a Chinese audience can provide immediate returns,” said Allen Qu, co-founder of Sinorbis and CEO of Netconcepts China.

According to Sinorbis, Australian suppliers need to recognise and embrace the cultural, technological and regulatory differences between the Chinese and Western online landscapes, and invest in local expertise if they are to successfully capitalise on this opportunity.

Sinorbis is able to provide this new level of sophistication and expertise in marketing to China, through its partnership with Netconcepts, a world-leading Search Engine Marketing service provider based in Beijing. Co-founders Nicolas Chu and Allen Qu bring a wealth of China experience and market knowledge.

Sinorbis plans to further transform the way Australian businesses address this growing Chinese online demand, and has raised $1.5 million to build an innovative online marketing platform which, once ready, will provide a one-stop-shop for Western companies to generate qualified Chinese leads. 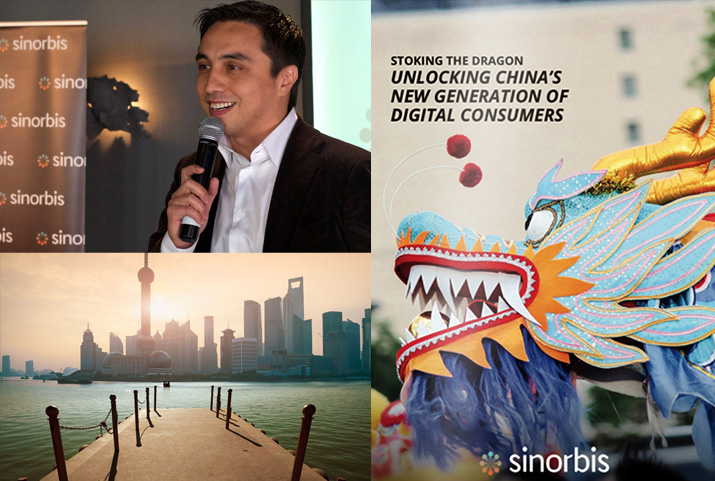