10 Nov How we helped a medical victim tell her story

Posted at 09:09h in Opinion by Sefiani

It takes a lot of anger, determination and courage for an individual to step forward into the media spotlight to tell a story about something terrible that has happened to them, when they want to see the law changed to ensure others aren’t placed in a similar situation and suffer the same humiliation and distress.

But that is exactly what Brieana (not her real name) decided to do some months after finding out that a theatre nurse had taken an explicit photo of her private parts while under a general anaesthetic for a cancer test. After all legal avenues were exhausted (it is not a criminal offence in NSW to take a photo of someone’s genitals without their consent unless it is done for the purposes of sexual gratification) Brieana decided to speak out.

When Brieana’s lawyer phoned to ask if I would meet with her pro bono client to provide advice on taking her shocking story public, I immediately said yes.

So how do you help an aggrieved victim tell her story? Here’s what we did:

1. Met with Brieana to hear her story and counselled her on whether or not to reveal her identity: while she was prepared to do so, we cautioned against it. She had suffered enough mental anguish without being recognised and taunted in the street. We also advised on the process that would be involved in telling her story to media and the response required to motivate changes to the NSW privacy law so that others did not suffer what she has been through;

2. Gathered the facts from Brieana’s lawyer about what happened, when, which authorities were contacted, and the unsatisfactory outcomes that ensued;

4. Considered the best journalists to approach for Brieana’s revelation. With a sensitive story like this one, it was important to deal with journalists and media outlets that would tell the story in an accurate and respectful way – we approached the key health reporters at Fairfax and ABC TV and invited them to meet Brieana;

5. Worked with Brieana in an empathetic and supportive manner, along with her lawyer, to provide media interview skills coaching prior to interviews;

6. Helped Brieana set up a Change.org and Facebook page, ready to go when her story broke;

7. On the day of the media interviews, provided just-in-time coaching to ensure Brieana was prepared with succinct messaging and feeling calm and reassured;

8. Provided a semi-darkened room for photography and filming Brieana to ensure anonymity;

9. Both journalists treated Brieana respectfully, helping her confidence in telling her story and calling for the NSW privacy law to be changed.

When the story broke on 6 November, other media channels and bloggers picked up and ran the story with attributions to ABC and Fairfax, and the NSW Privacy Commissioner called her lawyer. A spokeswoman for the NSW Attorney General told the ABC that the government was keeping a close watch on the privacy inquiry (to which Brieana has made a confidential submission) and would consider any recommendations carefully. 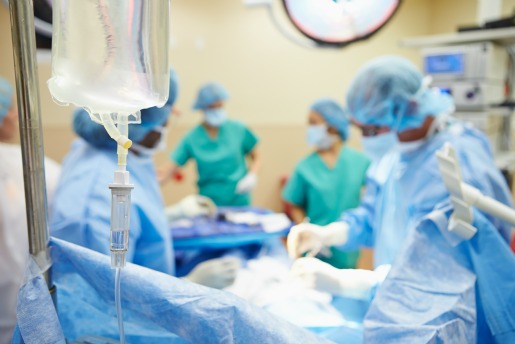